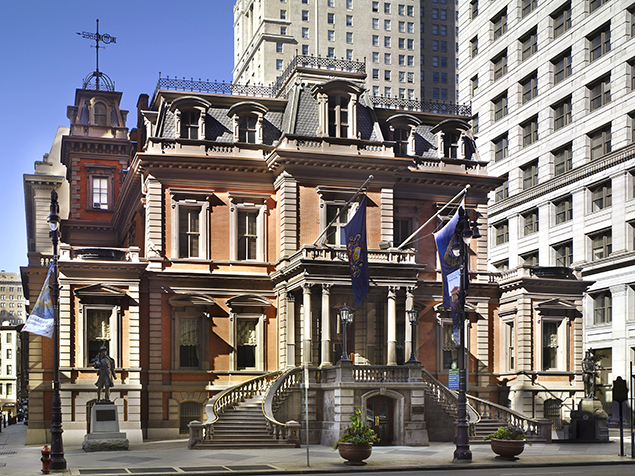 The Union League of Philadelphia, ranked the #1 City Club in the Country, for an unprecedented fifth consecutive time, is a shining jewel of history in a city defined by such treasure. Founded in 1862 as a patriotic society to support the Union and the policies of President Abraham Lincoln, The Union League of Philadelphia laid the philosophical foundation of other Union Leagues across a nation torn by civil war. The League has hosted U.S. presidents, heads of state, industrialists, entertainers and dignitaries from around the globe and has proudly supported the American military in each conflict since the Civil War. The Union League continues to be driven by its founding motto, Amor Patriae Ducit or Love of Country Leads.

Today, the Union League is home to over 4,000 men and women who contribute to club life and keep alive the League's traditions. As they did in 1862, today's members represent the Philadelphia region's leaders in business, education, technology, healthcare, law, government, religion, art and culture. The Union League Legacy Foundation is the new, single, unified nonprofit charity of the Union League. It is dedicated to the same values of freedom and free enterprise upon which the League was founded. Through historic preservation, education and scholarship, the Legacy Foundation promotes these values and ideals, inspiring more educated, engaged and responsible citizens.

The League House occupies an entire city block in the center of Philadelphia's commercial and cultural district. The building is representative of the classic French Renaissance style, with a brick and brownstone façade and dramatic twin circular staircases that lead to the main entrance on Broad Street. Built in 1865, the building was added to the National Historic Register in 1979. Approximately one – quarter million square feet in size, the building is spread out over eight floors, has entrances on all sides and is home to five unique dining rooms, 84 Inn rooms, a fitness center, two business centers and 14 private event rooms. The League's distinguished collection of art and artifacts adorns the walls and hallways. The collection is a rich chronicle of Philadelphia's unique imprint upon the American landscape from the 19th century to today and is recognized by historians and art experts as a valuable component of American history.

Ever expanding, the League offers a plethora of amenities including five companion amenities: The Bungalow, The Union League Golf Club at Torresdale, The Union League Guard House, Union League National Golf Club and Union League Liberty Hill. The Bungalow, a private, member's only dining room in Stone Harbor, NJ, is a seasonal BYOB. Torresdale's 18-hole Donald Ross course and clubhouse offer members fantastic golf, dining and events in addition to a pool, tennis courts and trap facilities. The Union League Guard House, a private, member's only dining room dating back to 1790 is located in Gladwyne, PA and offers old world charm with exceptional cuisine. Union League National, located in Swainton, NJ, features a 27-hole course with a renovated clubhouse and provides members a home away from home at the Jersey shore. Union League Liberty Hill offers a championship Gary Player golf course, The Lodge with 120 hotel rooms and over 50,000 square feet of meeting and event space and dining at the Liberty Hill Grille. In addition, the League owns and operates the Midtown Parking Garage on Broad and Sansom Streets.

Privileges of membership include access to the League House and all companion amenities. Members participate in many League-wide events each year including speaker programs, specialty dinners, formal galas, outings, sporting events, family events and more. Members also enjoy reciprocity with more than 170 private clubs around the world. 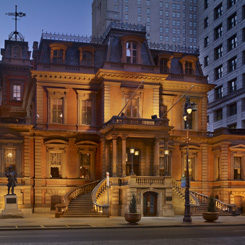